Have I taken solo travel too far?

I came to this realization while driving through the desert from Sharm el Sheik to Dahab last week. It’s just one road, engulfed by the desert with rarely another car passing. It’s quite, peaceful and it gave me too much time to reflect. I realised I could have been dropped off on that desert road and been perfectly happy with finding a way home alone. I’d become too independent, and was it coming to the point of being dangerous?

I think I'm too used to being alone. I'm too used to only looking out for myself. I honestly struggle to adapt to travelling with other people now. Is it possible to have taken solo travel too far? 🤷‍♀️👙🕶✈️ : #wearetravelgirls #girlslovetravel #dobeglobe #dametraveler #solowomeninspire #outdoorwomen #hikergirls #goprogirl #girlsvsglobe #ladiesgoneglobal #radgirlscollective #darlingescapes

My first reaction during this realisation was to phone my brother. I called him and said:“You should call me more. Just in case something happens”

he replied saying “You’re right, but you're a big girl Sarah, I know you can look after yourself”.

Even my family had become too comfortable with the presumption that everything is ok with me - wherever I was in the world. So then I text my Dad “by the way, I’ve arrived back from Istanbul and am heading home to Dahab [Egypt], you should know my whereabouts more - just in case something happens." He replied, “Is everything ok”?

I’d unnecessarily worried them, but something made me reach out to them both in that moment, and for the next few days I started to wonder a few things.

Have I become selfish?

I realised recently I’m so stingy; I really don’t like spending money. I’ve always been careful with money, and I’ve always saved - I hate the feeling of having no money at all. And yes that's good, especially when travelling solo. I have to look after my money as there’s no one else to bail me out. But here’s the thing, when I am travelling with others and it comes to buying drinks or someone needs to borrow some money I suddenly freeze. I am so used to only spending money on myself - for what I want - so when it comes to lending money and paying for something not directly for myself I am so god damn stingy. I really dislike this about myself and I know solo travel has influenced this. I wish I could buy someone dinner without calculating how much I just spent. And that’s nothing to do with how much or how little money I have. I am just stingy, and I really don’t want to be.

Do I know how to maintain a relationship?

“When will we see each other again?”

“Erm, probably never, but maybe we will bump into each other somewhere in the world”.

You have no idea how many times I’ve had this conversation. I am so used to knowing someone for just one day or one week. I am so used to it, that I don’t even think to ask when a person is leaving - I give them my all like I will know them the rest of my life. Now, this I think is a positive. I give everyone the same chance and the same energy whether I’ll most likely never see them again, or see them tomorrow. But relationships? You know, boy-girl relationships. I’m RUBBISH at those. 1, because how the hell can I maintain a relationship when my feet barely stay still and 2, because I feel so suffocated if I spend longer than 24 hours in just one person's company. Conclusion? I have no idea. But, I’m kind of ok with collecting all these awesome friends and seeing if one day it could turn into something more - when I’m ready to stay someone longer than one week.

Or am I being my own worst enemy?

This is the thing about spending so much time with yourself - you can overthink things too much. Are these real problems, or are they, in fact, achievements and strengths? I guess I’ll still have to work that one out, but one thing I am sure of is I am addicted to the life of solo travel. I love the highs and I even love the lows, because in the end of the day I only have myself to let down - and that’s not something I want to do. To me, solo travel makes me stronger, more determined and more inspired - even if I am a massive loner.

Any of you solo travellers feel the same? 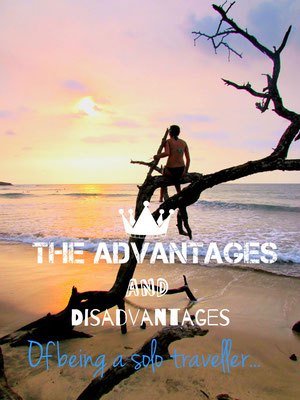 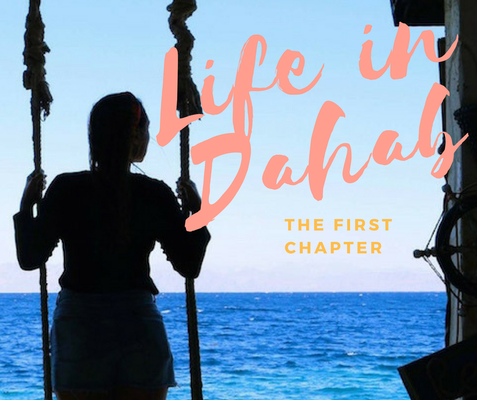